Who we are and what we stand for?

“Duh časa”, the Slovenian Sustainability Society is a non-profit volunteer organization dedicated to sustainable development, social equality, the common good, open-code software and the transfer to sustainable energy sources. The society was founded in January 2010 and wants to facilitate change to the current socioeconomic system, which would transition into a resource-based economy (RBE). It therefore carries out activities to that end.

Our current so-called free market economy system generates consumerism, competition, social inequality and exploitation of humans and nature as a whole. Its major motivation is profit and not the well-being of people and life in general. Furthermore, our economic system obstructs or blocks new technologies and possibilities, which could bring sustainable solutions and general well-being. Members and supporters of The Society “Duh časa” believe that the challenges we face today cannot and would not be solved in our current socioeconomic system. This system is so complex and interconnected with everything around us that fixing it is virtually impossible. Furthermore, our economic system is actually the root cause of many problems we have today: pollution, crime, scarcity, social stratification, wars, etc. All these problems are a part of this system or to put it in other words, our current economy cannot survive without them.

What is our goal?

Our goal is to start the transition into a new socioeconomic system based on science and the contemporary state of technology. The proposed Resource-based economy (RBE) offers solutions and suggestions for a completely new social system. RBE is based on sustainability, the well-being of humans, the preservation of nature and the maintenance of a dynamic equilibrium. Cities in a RBE would be rebuild so they would be self-sufficient, with their own food and energy supplies, all people would have homes and necessities for life (food, water, clean air, medical care and education) without a price tag. RBE supports the sustainable use of technology and its development because automatization and mechanization could save people from doing boring and monotonic jobs. This could generate change in people´s perception of money as a currency of exchange. The level of confidence among people based upon social equality would increase, people could spent more time with their families and friends and pursue what they really like to do, but don’t have time or money to do so right now.

It’s important to understand that RBE offers freedom in choosing your lifestyle. Even if you’d choose to live without advanced technology and away from the cities, you would still have free access to healthcare, transportation systems, free energy, etc. A RBE does not dictate anyones religious beliefs or their spirituality, it just makes use of a system’s approach to provide life necessities for humans while simultaneusly taking responsible care of the environment. A transition into a RBE would end poverty, scarcity, social inequality, corruption, end wars over resources, humanity would thrive in science, the arts and spirituality.

The entire human population faces difficulties because we continue to irreparably damage our natural environment, decimate the biotic diversity and destroy entire ecosystems. The economic differences between nations as well as between individuals are getting increasingly bigger, 1% of the world’s population has accumulated more than 90% of the world’s wealth. The Western societies continuosly throw away approx. 50% of food, meanwhile undeveloped countries face poverty and hunger. Most of the Earth’s population does not know that these problems can be solved. We could easily end scarcity, corruption, wars and war industries, pollution, our dependence on fossil fuel circumvent financial collapses and more… there already exist solutions to all of these problems. We have the knowledge and we have the technology. Our current problems are technical, because we know how to make food on Mars, but we do not use this technology on Earth, there are virtually unlimited amounts of magma under our feet, but we still heat ourselves with coal, we have a great method of informing people through news, but we rather use news for political and economic propaganda. We cannot overcome these irregularities overnight, but we could with knowledge, the right methods and cooperation. All these challenges are solvable more quickly than anybody can imagine. It’s crucial to understand that we cannot do this adhering to our current economic system because we will run out of time.

Scientific studies show that the metric of Gross Domestic Product (GDP) does not indicate true relations between our economic system and social well-being. When taking into account the latter GDP is at odds with reality. Studies show the correlation between social equality and general well-being. People living in societies with high-level of social equality are happier, healthier and more successful. They live longer, they are more inventive and creative, the criminal rate is lower. A new social paradigm must be consistent with social equality. We need to understand and state that we want more equal society and that every one of us wants and deserves to be happy. We cannot wait for changes to be made. We need to rethink our values in order to follow the path of life and not profit as we do today.

If we really want to face all this challenges we have to think outside the concepts of the so-called free market economy. Like Albert Einstein stated, we cannot resolve problems by using the same thinking which created the problem in the first place. We call for objectivity and different thinking about the world.

Two most common arguments against using renewable energy sources or applying Unconditional Basic Income (UBI) are high prices and lack of resources. We should ask ourselves how come there’s not enough money if on the other hand “we” can print money just to maintain profit oriented financial institutions. We should ask ourselves what is the price? If the price is an obstacle for general well-being, then we should investigate what makes a price and why do we even take it into account? All we need to ask is do we want to make projects like this happen, do we have enough resources and knowledge? Is it possible to evaluate things on a different level and remake the economy on a different basis? We should also ask ourselves what human achievements really contribute to the progress of humanity. Money and profit, or knowledge and experience? We should think of money as a means of trust and monetary profit as a relative concept inconsistent with natural limits. Science and technology should be serving the needs of all humanity and caring for the environment is the only way to a better and safer future for us and our descendants. Science and technology are the most appropriate tools to manage the world’s problems, political systems are obsolete.

All the solutions represented on this web page are classified into two categories:

The design solution proposed by the Society “Duh časa” applies a holistic approach to most of the world´s problems. Projects like The Free World Charter, The Venus project and The Zeitgeist movement offer an insight into a sustainable future which could be created today. The scientific method represents objective and impartial tools for developing systematic solutions. Religion, opinions and popularity are not taken into account; the scientific method is direct and verifiable. The scientific method is constantly changing because it’s allowing itself to be wrong. It’s important to note that this method is known to humans from an early age, when we are children and face our first challenges. Alison Gopnik, professor of psychology and philosophy from Berkeley University California, sees the scientific method as a natural method.

For all the reasons above, The Society “Duh časa” sees the scientific method as a fundamental tool for the creation of our future social system.

Even now we already know about many practical solutions to our problems. There are a lot of working tools, good practices, activities, communities and projects that successfully address social challenges. All these solutions could have a key role in upcoming social changes because they are already changing the world for the better.

Slovene supporters and promotors of The Venus project

The Society “Duh časa” is also the Venus project promoter. The Venus project represents the lifelong work of industrial designer and social engineer, Jacque Fresco. The Venus project suggests a sustainable social economic city model in which all the necessities of people and the environment are being taken care of. Fresco points out how the current cities are wasteful. He also makes a strong link between cities and the emergence of social systems so we should all focus on the comprehensive reformation of urban environments. Searching for the solution he designed cities which would have their own food and energy supply. His suggestion of an independent city systematically addresses the need of the population living in such a city. The model would be so efficient in fulfilling everybody’s needs so we wouldn’t need money to access those things. In a resource-based economy decisions are not determined by opinions, but arrived at them via scientific research and results. In other words, politics would be replaced with science and opinions would be replaced by facts. With the intelligent use of science and technology we could achieve abundance for all, political and money structures would be outgrown. In a system like this wars, poverty, criminal, social inequality and corruption would eventually disappear because we now know that these are caused by social stratification and environment and not by human nature. In simple words, The Venus project suggests the holistic renovation of the global infrastructure, the economy and society itself. The Society “Duh časa” supports the ideas of The Venus project and welcomes the use of scientific methods in social care as well. 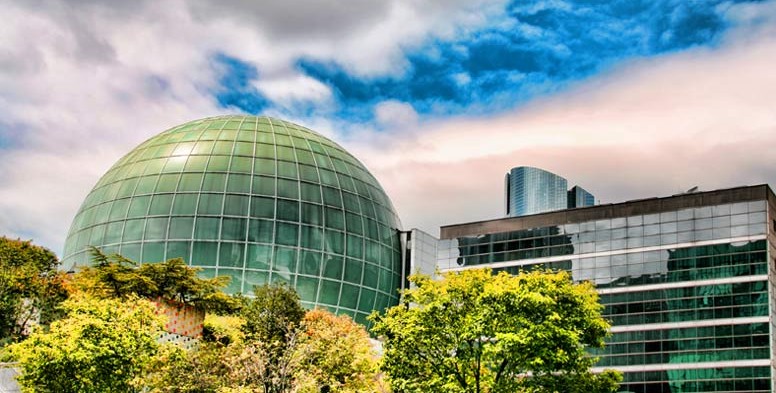 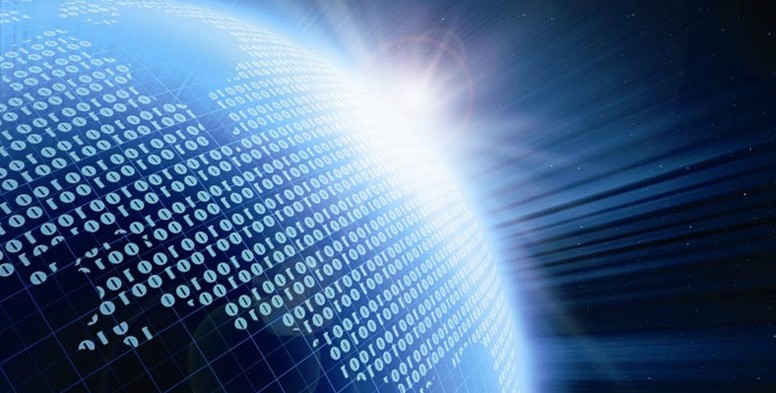 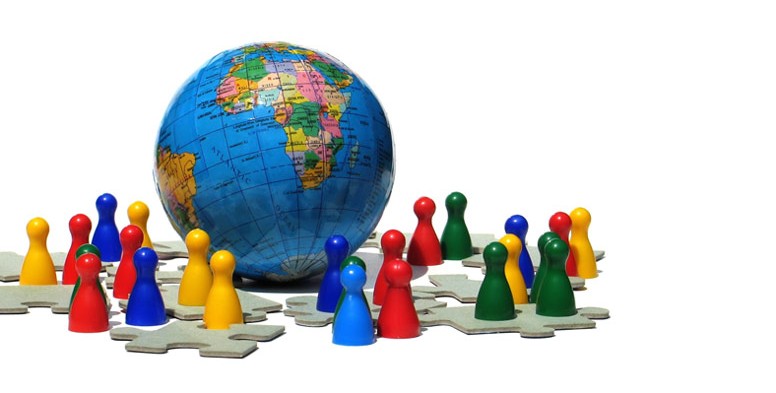 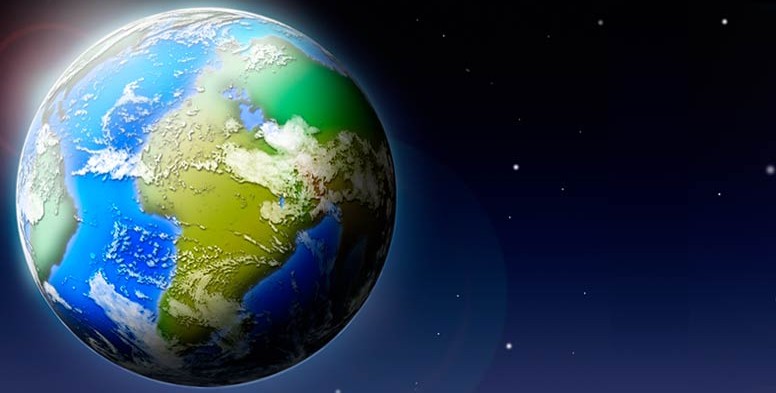